Warning: Use of undefined constant ddsg_language - assumed 'ddsg_language' (this will throw an Error in a future version of PHP) in /home/thetipsg/public_html/wp-content/plugins/sitemap-generator/sitemap-generator.php on line 45
 Making a Logo: About 48HoursLogo
The Tips Guru > Online Marketing > Making a Logo: About 48HoursLogo

Making a Logo: About 48HoursLogo

So what exactly is 48HoursLogo, let’s get into some details that are mentioned below.

In the year 2010 and with a small team of qualified logo designers who worked as freelancers, started what is today called as 48hourslogo. They were a unique set of people that had different ideas about launching their company. They decided to launch the website with aneccentric style of crowdsourcing the design works. They started by attracting other logo designers from all the corners of the world. The idea drew in over 15 thousand entrepreneurs and small business owners to take the advantage of their fantastic logo designing service. This ideaassisted in increasing their growth and in turn becoming one of top logo design websites on the internet world wide.

Since the day it was launched this business that is a start-up that has grown and expanded immensely. Each company while beginning their business has certain milestones that are set up by the founders of the company to reach after a certain time. In this case, the founders of the 48hourslogo set up a milestone to complete ‘one million online logo design creations’that was to be finished through more than 20,000 contests, this is a lot we mean a lot of logos!In the world of internet there are many different contest commission driven websites. But there are none like theses, but this one stands out among them and with good measures as they have proven their track record with an estimated turn about time of 48 hours which is two days only. 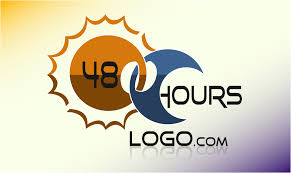 Another thing that is great about 48hourslogo is that they offer services of quite a wide variety.They won’t stop only to the logo designs. So if your company needs say website designer, or business cards, or if you are interested in branding, or even print media for that matter, everything is done by them. The only thing that you have to do is post a project along with giving them information on what exactly is it that you need it could be in terms of designing or branding. Also, give them your budget, along with a description of your project and you will soon be receiving designs from all over the world.

So, if you are on the lookout for a site to give you a quality logo design your new coming up business. You should definitely go to 48hourslogo and try them out.