The Tips Guru > Health > Beauty > Learning About Double Chins: How To Get Rid Of Double Chin? 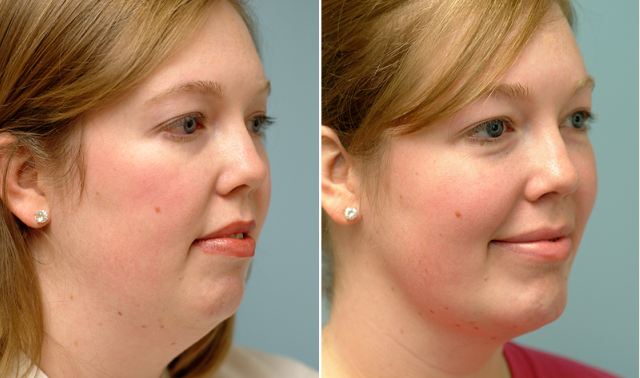 Are you sick of that double chin of yours? If you have been annoyed by that extra layer of fat under your chin, then start reducing it. Or better yet, remove that double chin. There are known ways and this article will help learn about such. Also, there are known tricks to hide double chin. Moreover, know what methods that doesn’t actually works so you won’t be wasting time trying them.

What Is Causes Double Chin?

Double chins are basically composed of subcutaneous fat or a layer of subcutaneous tissue that is commonly distributed in certain parts of the body. In double chin however, this kind of fat is located around the neck and is usually sagging which make it look like someone has a second chin.  There are many factors that can cause double chins. One of which is genetic factors. There is a great chance that your double chin is cause by your genetics. If some members of your family have it, it can be possible that you might have it to.
Add to the first factor is age. Double chin is actually a natural consequence of aging just like wrinkles. Another factor that can cause you a second chin is your weight. Having that second layer of fat comes with one’s weight. If you are obese or overweight, it can be natural to have that excess layer of fat under your chin. Thus, maintaining a balance diet and regular exercise is really important. Basically, excess weight and excess fat in the human body is the known cause of double chins.

What Are The Ways To Trick Double Chins? 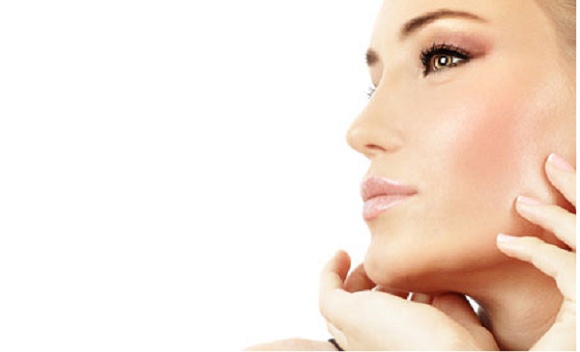 Among the many ways to trick the appearance of double chin, the use of high neck top is perhaps the most popular. One can easily hide the appearance the double chin by wearing this type of clothes. Another thing that you can add to your clothing is wearing scarf. You can wear scarf from time to time to lessen your appearance of having a double chin.

Moreover, another trick to lessen the appearance of double chins is the use of cosmetics. Have you considered trying on make ups techniques that can reduce its appearance? If not, then start learning how. In using make up, the number goal is basically drawing the attention to some areas of your face rather than your chin. For instance, you can use a shade darker than the color of your skin tone to emphasize your jaw. Thus, you can reduce the appearance of the double chin.

Another trick in using make up is using eye make up to emphasize the eyes rather than the lower part of the face where your chin is. There are many instructional and tutorial videos that are easily accessible over the Internet. Another way is changing your hairstyle and learning how to choose the clothes you wear. Our hairstyle can make our face look different in certain ways. Thus, consult with your hairstylist on which kind of hairstyle helps to reduce the appearance of this excess fat.

When it comes to wearing clothes, it may depend on the type of neckline that you wear. Basically, there are known types of faces and there are clothes that can make your chin looks even larger. Again, the trick is drawing the attention to other parts of your body rather than your chin. (Source: http://ezinearticles.com/?How-to-Get-Rid-of-Double-Chin-in-5-Simple-Steps&id=1529827)

What Works And What Actually Don’t?

Such kind of method is disproved by medical studies that spot exercises don’t actually work in reducing fat. This means, that exercising that certain part of the body that has excess fats can’t really be effective. However, it doesn’t mean that all exercises or those tagged as chin exercises won’t work. It only means that be selective and critical about the kind of exercise that you will read particularly on the Internet.

That being said, consider first the exercise you’ve read about online and further search about its possible effectiveness because it will be such a waste to do it regularly if it won’t work. Some certain facial exercises can help specifically in toning the face muscles which can tighten your chin.

However, the good thing is that there is really the best and fastest way to reduce your chin. It is not entirely hard.  It will just be hard to remove completely if one will only rely to exercises and home remedies. If you want an immediate eradication of that second layer of fat under your chin, then consult a cosmetic surgeon. You have the option to have it remove by operation.

Another sure and healthy way to rid that double chin of yours is improving your diet and nutrition. Basically, you are only dealing with an excess fat. Thus, if your weight is the significant factor of the appearance of double chin, then deal with improving your weight. Drinking lots of water as it can improve your skin particularly sagging skin like double chins. Also, check your posture. The appearance of this second layer of fat is also affected by a poor posture. Practicing a good posture is another thing you should consider.

Was this information helpful for you? You can leave your comments, suggestions or feedbacks below.